I am at something of an in between stage in my life right now. I’m in limbo, trying to make a decision about how I want to present myself to the world in the future, how I want to be seen.

It’s something I alluded to in my post a few months back about confusion, but now, having spoken to my parents about it, it’s something I can share more openly: I’m thinking about changing my name.

Now, let me say that, at this current point in time, I am only thinking about it. I know it’s a huge decision and one I am not taking lightly, but I’ve never really liked my given name and the more self-discovery work I do the more disconnected I feel from it.

On speaking to my Mum about it, she said that she had felt rushed to choose my name and there had been several on the table at the time. Of course, having to register the birth within however many days it is and having not had her heart set on a name for me during the pregnancy, my name was one she liked but not a ‘meaningful’ one. She had wanted a name that was ‘different’ but not too out there, but it seems everyone had the same idea and my name is common as muck now!

So at this moment in time I’m “trying it on” in a social media setting. Soon I suspect I will try it out in a family setting before rolling it out to friends if that feels comfortable.

I appreciate that there are people who will not accept it if I do change my name legally. I know that it seems like a drastic thing to do, but at the moment it feels right. I’m feeling my way with this, and if at any point it feels awkward or wrong I’ll take a step back and have a serious think about it.

So that’s where I’m at right now. In between. In between names, identities, figuring it all out. What are you in between at the moment? 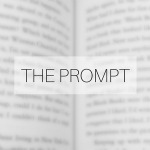